All Day Workshops With Steve Tyerman 2021 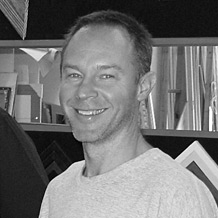 Cost $130 per student. Workshops run from 9am til 4pm and are held subject to numbers (minimum of 5 students required), a deposit of $30 is required to confirm your attendance.

Workshop 1 Friday 26th February
'Palette Knife 1' (oils and acrylics) – Ever wanted to let loose and create a vibrant, expressive painting using a palette knife, Steve will guide you through an impasto painting created with knives. You will learn techniques of mixing, application, wet-in-wet painting, and freeing up your style to create a loose, painterly picture full of movement and vibrancy.
Workshop 2 Friday 26th March
'Drawing' (pencil and charcoal) – The ability to draw is essential to any painting, it is the basis of all figurative (recognisable) art and the structure behind good abstract painting. Even if you do not intend to draw on the canvas, the ability to draw must be second nature. Steve will guide you through various drawing exercises to improve your observational skills and how to translate what we see into lively marks on paper.
Workshop 3 Friday 30th April
'Painting A Cityscape' (oils or acrylics) – The task for this workshop is to capture the energy, movement and atmosphere of a bustling city scene. Perspective is at the heart of this type of painting and I’ll be discussing and demonstrating this through the day but we’ll try to leave most of the theory behind and we’ll dive straight in and create a painterly work using expressive colour and brushstrokes.
Workshop 4 Friday 28th May
'Oils For Beginners' (oils) – This is an introductory course to painting with oils, designed for the beginner or those who want to paint in oils but don't know where to start. There will be a discussion of paints, mediums and materials, equipment, supports (paper, canvas, boards etc) and techniques. Small studies will be completed throughout the day by Steve and the students to demonstrate various techniques.
Workshop 5 Friday 25th June
'Painting A Seascape' (oils and acrylics) – Learn how to paint water, 'catch the perfect wave' in paint, create atmospheric distance and the effect of water washing onto the beach. All of these challenges will be explained and demonstrated through the process of producing a seascape scene of south east Queensland.
Workshop 6 Friday 30th July
'Colour Mixing' (colour and tone) – Colour mixing is a vital skill for any painter, the ability to mix the colour you want and in the correct tone and then being able to remix it when required, is crucial to the painting process and outcome. This is a comprehensive workshop on mixing colours, starting with colour theory, palette setup and management, creating your own colour wheel, knowing your ‘warms and cools’ and of course mixing colours. If you lack confidence in being able to mix any colour you see then this is the workshop for you.
Workshop 7 Friday 27th August
'Painting A Portrait' (oils and acrylics) – Depicting other humans has been a timeless fascination for artists and the genre of portraiture holds the same fascination for viewers of art. Working from a photograph Steve will guide you through the initial drawing, capturing a likeness and building the facial features out of colour and tone. This workshop will help students overcome their apprehensions towards painting faces and overcome fears of tackling portraiture.
Workshop 8 Friday 24th September
'Palette Knife 2' (oils and acrylics) – The second palette knife workshop for the year. Steve will guide you through a painterly impasto painting created with palette / painting knives. You will develop all the techniques of palette knife painting including mixing, application, wet-on-dry and wet-in-wet painting, and freeing up your style to create a loose, painterly picture full of movement and vibrancy.
Workshop 9 Friday 29th October
'Painting A Still Life' (oils and acrylics) – Still life is a great genre to concentrate on the essential painting elements of light (and shadow), form, colour and tone. Working from a photograph Steve will guide you through a still life painting, starting simply, building form, capturing light and shadow, and working towards the final detail to bring a still life arrangement to life.
Workshop 10 Friday 26th November
'Layering Acrylics' (acrylics) – Acrylics are a fast drying exciting medium. In this workshop Steve will guide you through a painting by creating several layers of fast drying paint, starting quite simply and gradually working towards an image, using various techniques and glazes to build up the painting through the day.

Steve is a much sought after teacher with a handful of eagerly anticipated full-day workshops throughout the year, he teaches all styles and techniques in both oils and acrylics while his own work is easily recognised by the painterly use of thick oils executed with a palette knife.